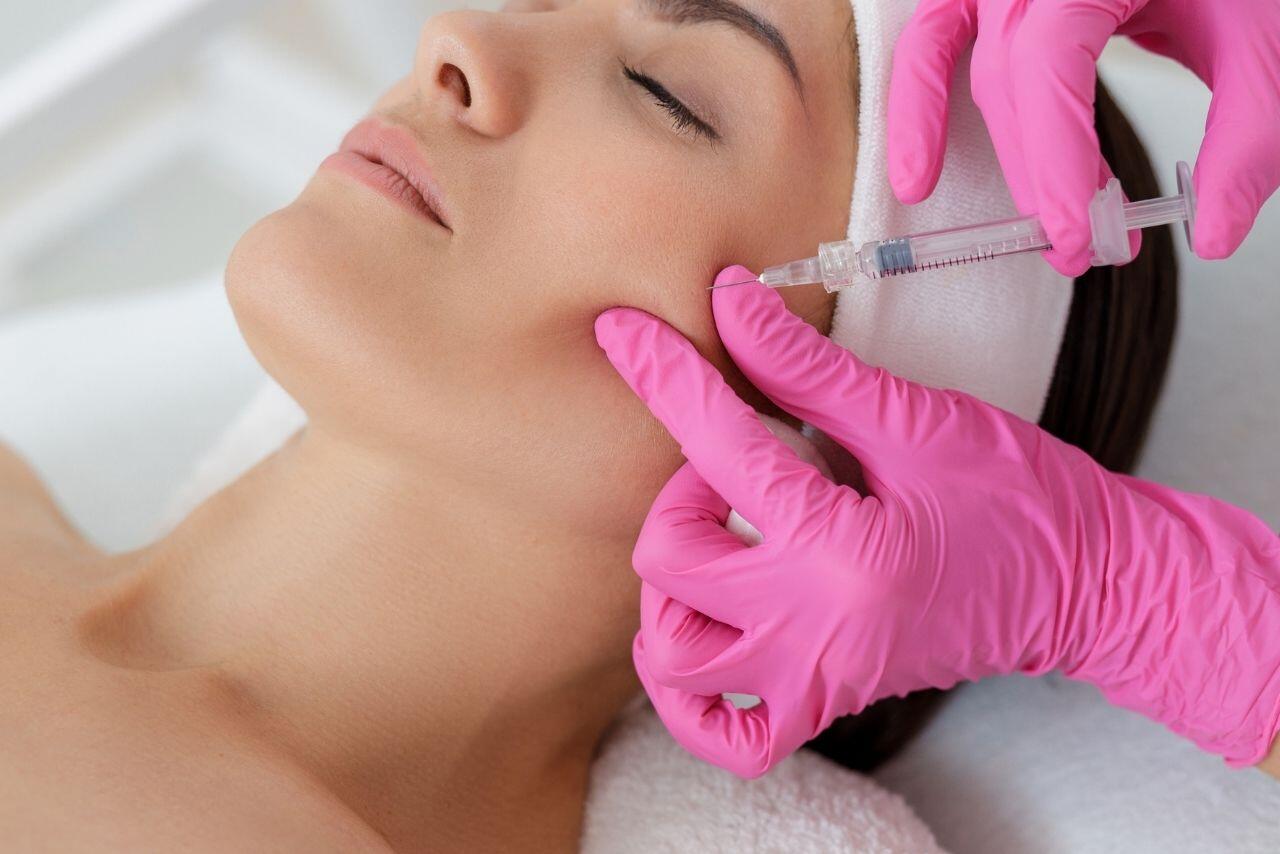 What is Juvederm and how does it help with sunken cheeks?

From Juvederm’s vast range of fillers, Juvederm Voluma is considered the ideal filler for correcting sunken cheeks. This is because Juvederm Voluma has the strongest and thickest gel texture compared to the other fillers from the Vycross collection, which makes it ideal for augmenting the cheeks.

The Food and Drug Administration (FDA) approved this particular cosmetic filler for correcting age-related volume deficit in the mid-face region for patients over the age of 21. In a pivotal study performed with 270 subjects, 86% of the patients reported at least a one-point improvement in their cheek fullness from the baseline using the six-point photometric Mid-Face Volume Deficit Scale (MFVDS), six months after treatment.

Anatomy of the cheeks

The cheeks are the fleshy areas of the face that are located below the eyes and between the nose and the ears. Under normal circumstances, our cheeks appear plump due to the presence of facial fat tissues, which are also known as malar fat pads. Unfortunately, the cheeks do not stay plump eternally; the mid-face region is prone to aging caused by a number of processes. There are two main theories to explain the changes in cheeks associated with aging: gravitational theory and volumetric theory. The gravitational theory proposes that gravity causes weakness in the ligamentous system of the cheek, while volumentric theory suggests that the relative loss of facial volume results in the formation of deep creases. No matter the theory, sunken cheeks can cause the face to appear haggard, sad, or stressed. This can lead to incorrect perception of one’s age and mood, and a decrease in confidence.

How is Juvederm Voluma administered to correct sunken cheeks?

Juvederm Voluma is meant to be administered by trained and experienced medical practitioners on cleaned and sanitized skin via aseptic techniques. As this dermal filler is highly volumizing, physicians must administer it into the deep dermis, subcutaneous, or submuscular/supraperiosteal layer of the skin.

For comprehensive cheek augmentation, this dermal filler may be injected into the following three sub-regions of the mid-face:

According to the manufacturer, some of the best and most ideal filler injection techniques for this dermal filler include the serial puncture, tunneling, crosshatching, and fanning techniques. For initial treatment, physicians are advised to distribute small boluses between 0.1 to 0.2ml of the gel over a large area. The maximum limit of Juvederm Voluma is capped at 20ml per 60kg body mass per year; this limit is based on preclinical studies and toxicological risk assessment.

Dr. Jones, the principal investigator in the aforementioned pivotal study, estimated that a typical patient requires two to four syringes of this filler for complete cheek augmentation, depending on the severity of the mid-face volume deficit being treated. Following intradermal injections of this filler, patients should notice visual improvements for up to two years. This long duration of action is clearly demonstrated during the pivotal study, as more than 75% of subjects were reported to be satisfied with their facial appearance after two years the last treatment.

Juvederm Voluma is the only filler from this Juvederm that is proven to last more than two years in the cheek area. Touch-up sessions typically require less product than the initial injection sessions to achieve the best results.

The reduction of mid-face volume may amplify the concavity between the cheek and the lower eyelid, resulting in prominent under eye sagging. It can also exaggerate the nasolabial folds to create an overall downward, dragged look to the face. Reinforcing the cheek area with Juvederm Voluma can help to lift the patient’s skin and reduce sagging under the eyes.

How does Juvederm Voluma compare against fat grafting?

Fat grafting, also known as autologous fat transfer, is a procedure that involves harvesting or extracting fat cells from other parts of the body (e.g. buttocks, thighs, or belly) and injecting them back into areas with depleted fat pads. Besides using dermal fillers, fat grafting is also another effective method to augment the cheeks.

Though it can provide safe and beautiful results, its significant drawback is its lackluster durability. Some studies show that injected fat cells are resorbed into the body at a rate between 30% to 70% in a year. This can lead to asymmetry of the face due to uneven fat resorption and, as a result, unpredictable success rates for fat grafting. Not only that, the process of extracting fat tissues, which is typically performed via liposuction, also tends to induce side effects like bruising and swelling. In this respect, Juvederm Voluma has some definitive advantages over fat grafting procedures.