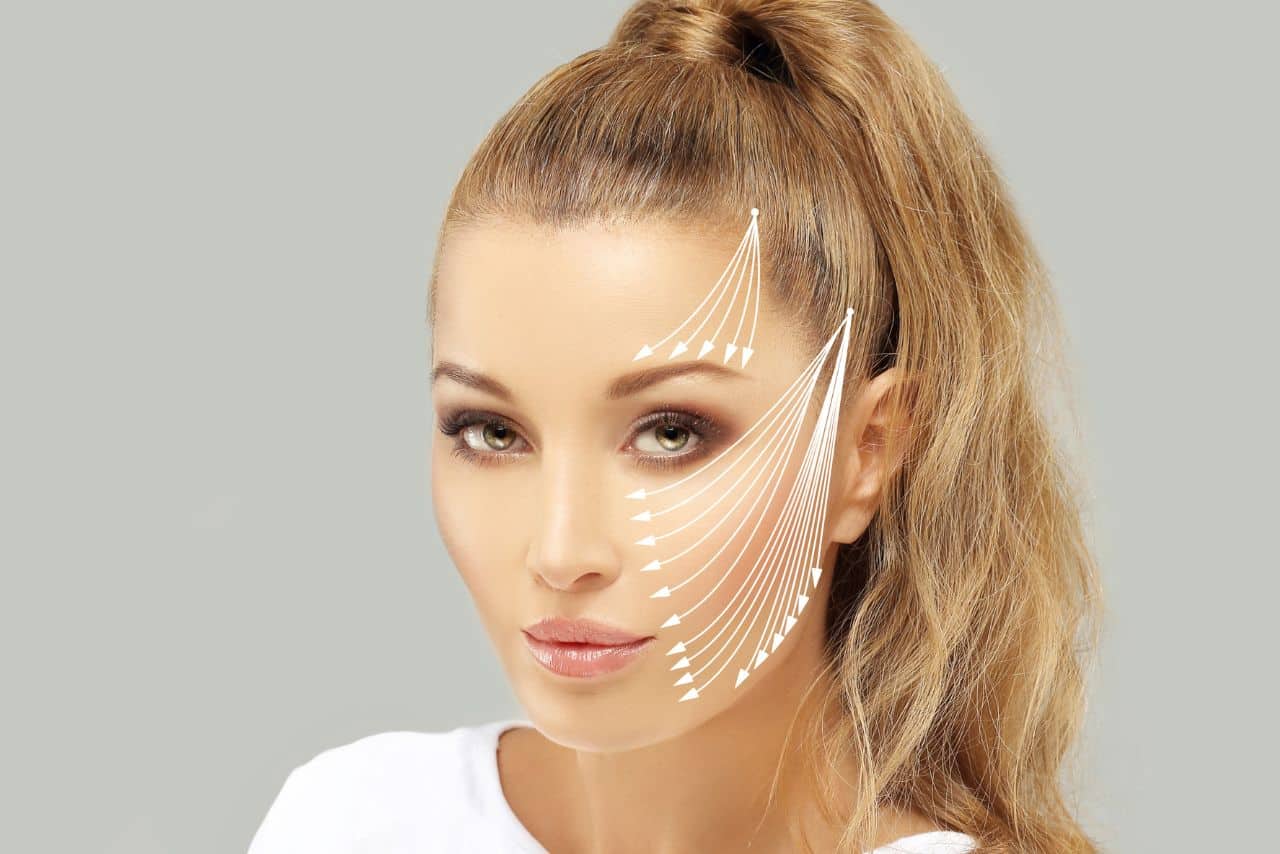 What is a thread lift?

A thread lift is a non-surgical, minimally invasive facial rejuvenation procedure that helps patients achieve firmer, younger looking skin by lifting sagging skin in areas such as the cheeks, jawline, and neck. A thread lift, also sometimes called a thread facelift, does not have as many risks associated with it as a traditional surgical facelift does, and they are also much quicker and require much less downtime. Thread lifts have become increasingly popular in recent years, as people turn away from the more dangerous and invasive surgical options and look toward thread lifts instead. Originally introduced in the late 90s, thread lifts fell out of popularity for a bit but have become more popular with the introduction of new technology. Silhouette Instalift is 1 of the most popular options for thread lifting. The procedure involves using absorbable sutures that are inserted into the skin of the face to lift and redefine the mid and lower face.

What does a facelift really do?

A facelift is a medical cosmetic procedure that reduces the appearance of wrinkles and other signs of aging, such as sagging, to give the patient an overall improved younger-looking appearance in the face and jaw. In a traditional facelift, a plastic surgeon will lift and adjust the underlying muscles in the face to tighten the skin and create a more defined facial contour, which may have been affected by the process of aging. A surgical facelift may also include removing excess fat and skin that contribute to the patient looking older.

Is it effective treatment for skin tightening?

Surgical facelifts can certainly provide effective skin tightening results, though the procedure may not be suitable for everyone. Candidates for facelift surgery should be in good health, show some skin elasticity in the face, have a solid underlying bone structure, and should have loose skin on the face or neck that can be removed to tighten the skin. Some patients will find alternative treatments, such as a thread lift, more effective for their skin issues.

Thread lifts are an effective anti-aging cosmetic procedure, as they provide instant lifting and tightening through the insertion of the sutures. This procedure can help in areas where volume has been lost due to the process of aging, such as the cheeks, jowls, lips, and neck. Another reason that thread lifts are so effective, aside from the instant lift, is that the threads have tiny cones that are not only responsible for lighting the skin from underneath, but also help to stimulate collagen growth within the skin. This also means that results will continue to develop over time, with peak results appearing between 6 weeks to 3 months after the procedure.

Who should consider a thread lift?

Thread lifts are most effective on patients who are showing early signs of aging and want to prevent further imperfections from appearing. This means that moderate signs of aging, such as fine lines and wrinkles, are most effectively treated with this procedure. Typically, that means a patient between the ages of 30 and 50. Unlike a surgical facelift, thread lifts do not help with excess amounts of skin, so it best to receive treatment before this sign of aging occurs.

What’s the age limit for a facelift?

The ideal age for patients receiving a surgical facelift is between 40 to 60 years old. However, this does not mean that patients over 60 cannot receive facelift surgery. A number of factors determine the condition of the skin, including genetics and lifestyle, and it is more about the condition of the skin and the health of the patient than the age. While some people believe that receiving a facelift after the age of 60 involves more risk, a study from the Cleveland Clinic showed that this is not the case, and that a facelift procedure was just as safe when performed on patients over the age of 65 as on younger patients.

What is a mini thread facelift?

A mini thread facelift is another id for a thread lift. It uses threads, or sutures, made of PDO threads that are inserted into the skin to create a lifting effect. These threads have cones on them that not only grab onto the skin from underneath to lift it, but that also cause some inflammation, leading to the stimulation of collagen production.

How to know if I need a mini or a real facelift?

A mini facelift is a non-surgical, minimally invasive procedure that is quick to perform and requires little downtime. If you are started to see the signs of aging in your face, including sagging skin and wrinkles, then a mini facelift is a great alternative to a surgical facelift, which is a much more serious procedure. However, if you are experience more advanced signs of aging, including excess sagging skin, then a surgical facelift may be your best option.

What is the cost of a face lift?

A traditional surgical facelift can be very pricey, ranging from anywhere between $3,000 and $15,000 for a full facelift. However, a non-surgical thread lift only costs between $1,500 and $4,500, with the average prize for a thread lift treatment sitting around $2,400.

The procedure is safe, but there are some side effects associated with thread lifts. Though rare, mild side effects include bruising, swelling, tenderness, numbness, and slight asymmetry. If they occur, these reactions typically resolve themselves in the weeks following the procedure. More rarely, infection may occur.

Conclusion: Is a face lift worth it?

Thread lifts are a safe and effective anti-aging procedure that is able to tighten and contour the face, while smoothing out the skin and decreasing the appearance of sagging skin. There is no surgery or general anesthesia required for this procedure, and patients can get back to their routine right after the procedure. Results are instant and continue to improve in the weeks following the procedure, with effects lasting from 6 months to 2 years.