Our Skin Through the Seasons 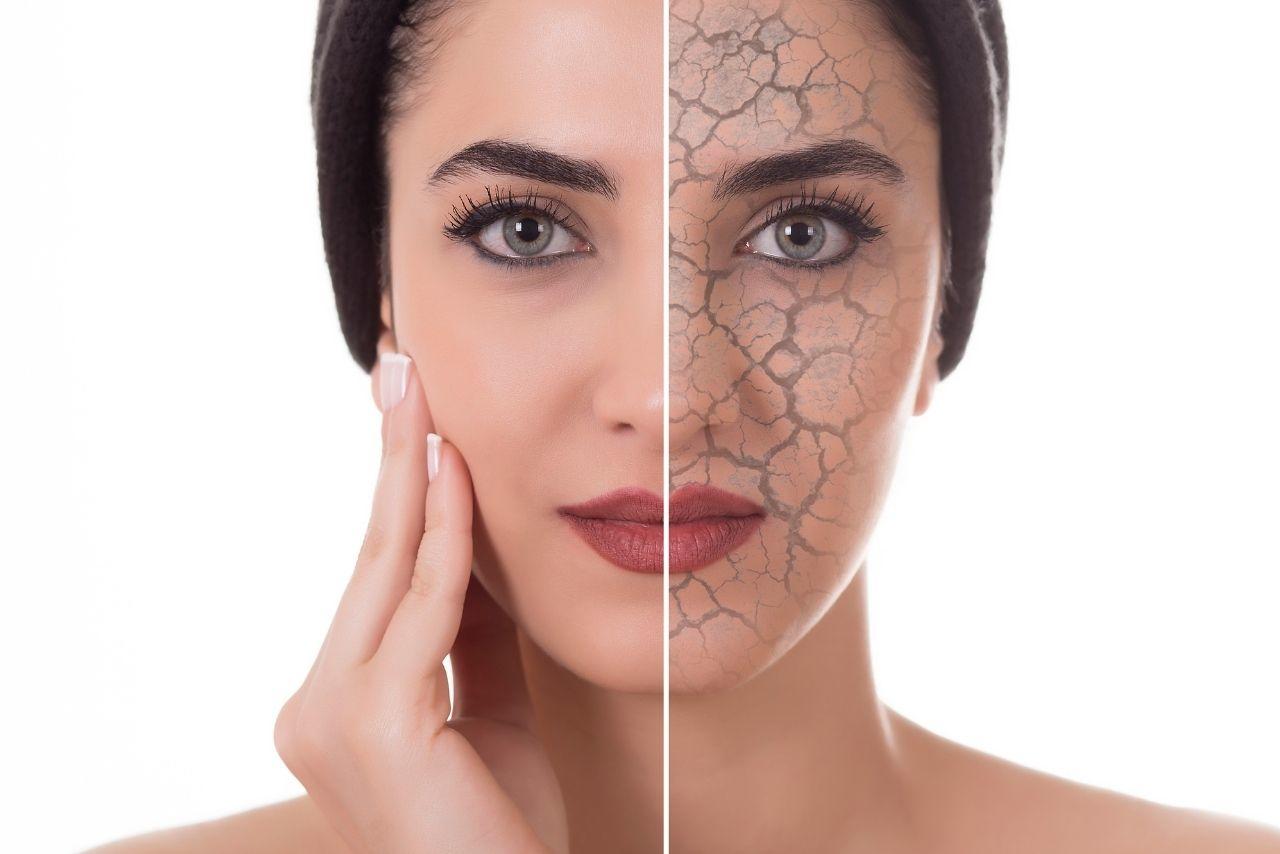 The human skin covers the entire body, making it our largest organ. Due to its constant exposure to the elements, it comes as no surprise that the skin is largely affected by the environment and its changes. Humidity and temperature changes necessitate adjusting skincare routines to maintain skin health, as many skin-related diseases and issues – such as acne, psoriasis, eczema, and rosacea – show seasonal variability. Fortunately, there are many skincare products that differ in terms of moisture content, thickness, and strength, offering plenty of options to meet the skin’s needs. In addition, it is important to consider seasonal changes when planning clinical treatments.

Understanding the structure and function of skin

Our skin can be divided into two main layers: the epidermis and dermis. The uppermost layer is the epidermis, which consists of tightly-packed epithelial cells. It is essentially the outer barrier that keeps out harmful substances such as bacteria, toxins, and UV light, among other irritants. The epidermis layer is primarily composed of keratinocytes, which form the stratum corneum on the outermost layer of the epidermis. Melanocytes, which are the cells responsible for producing melanin in response to UV radiation and hormonal stimulation, are mixed in.

The dermis is composed of a mixture of nerve endings, blood vessels, hair follicles, sebaceous glands, and sweat glands. It is also a thicker layer due to presence of collagen and elastin; these substances give the skin its strength and flexibility. Finally, underneath the dermis is the subcutaneous layer called the hypodermis. It is a layer of connective tissue made up of a number of fat cells.

The British Journal of Dermatology published a recent study indicating that the barrier function of the skin changes between the summer and winter. Looking specifically at the skin on cheeks and hands in winter and summer, the researchers assessed the changes that occur in skin at the cellular level in 80 test subjects. They analysed natural moisturizing factors (NMF) and the test subjects’ skin texture. Researchers found there are seasonal effects on NMFs in hands and cheeks, and there is also an increase in the breakdown of filaggrin, which is a protein that maintains the barrier’s function. Additionally, the researchers found changes in the texture of corneocytes.

The heat of the summer often increases sebum production in the skin, and pigmentation typically increases due to UV exposure. On the contrary,  water loss within the skin occurs at a lower rate during the summer; this means that the skin is more hydrated and that more beneficial lipids are present in the stratum corneum than during to the winter months. So, what causes such huge changes in our skin’s behaviour and how do we minimize potential damage?

Although being in the sun with minimal sunscreen can be dangerous due to exposure to UV radiation, there is the benefit of vitamin D being produced via sun exposure. In many countries, winters are dark, and there is not enough UVB radiation to permit the synthesizing vitamin D. This process can only occur during the warmer months, with greater volumes of sunlight. The British NHS recommends safely getting vitamin D by exposing your uncovered skin to the sun for short periods of time. Between the hours of 11:00 a.m. and 3:00 p.m., most people can expose their limbs to the sun for up to 30 minutes, but sunscreen is recommended for the face to protect it from premature aging. Vitamin D offers many benefits to the skin as well, as it aids in cell differentiation, proliferation, cutaneous immune function, and many more. In fact, vitamin D deficiency has been linked to acne and skin cancers.

High temperatures found in the summer can lead to an increase in sebum production. When it mixes with sweat, the skin becomes slick and shiny. As such, acne may become worse, but, conversely, it may instead get better because there is less dead / dry skin to clog pores. Conditions such as eczema and psoriasis have also been found to improve during the summer months. On the other hand, summertime heat and humidity might lead to fungal infections, such as athlete’s foot. Rosacea is also worsened by UV radiation.

In the summer months, it is best to avoid aggressive treatments such as retinol, unless the patient adheres to using SPF daily and stays out of the sun. Otherwise, patients are advised to use an oil-controlling cleanser and a light antioxidant serum to take care of any free radicals created by this potentially excessive UV exposure. For patients with oily and acne-prone skin, chemical and physical exfoliation is also recommended along with a salicylic acid product to break up the sebum. Mandelic acid is an appropriate chemical peel for the summer months, as it is a less aggressive alpha hydroxy acid and less likely to cause complications. Otherwise, any treatments that might cause PIH, such as lasers, peels, or plasma, should be avoided.

The winter can be harsh on the skin due to the frequently changing temperatures. When we move from inside to outside, capillaries expand and contract, causing redness and telangiectasia. When we are exposed to wet, snowy weather, our skin barrier function can be stripped. The cold, dry air will contribute to trans-epidermal water loss. Combined with central heating, the skin often ends up dry and irritated. Patients already prone to dry skin will often experience some difficulties managing the excessive dryness.

During the colder winter months, the goal should be to increase hydration and promote the natural moisture of the skin. Repairing the skin’s barrier function can be accomplished with ingredients such as ceramides and hyaluronic acid, whereas colloidal oatmeal soothes dry skin. As temperatures and UV radiation are lower during winter months, the risk of complications from more aggressive procedures is minimized, but skin should be appropriately prepared prior to being subjected to these sorts of procedures. This means that during the fall months, it’s ideal for the skin to be treated with retinols to prepare it for peels and lasers.

Temperature, humidity, and UV radiation all fluctuate with the seasons. It is no surprise the skin is affected by these constant changes. Understanding the physiology of our skin can help patients prepare for all the variability caused by the changing of the seasons, which in turn can help them minimize the chances of developing skin conditions. Most importantly, patients should not wait for fully-developed signs of disease before seeking or beginning treatment. Preparing the skin in the spring and fall, will help ensure that skin is prepared for the more extreme conditions of summer and winter.